Later, members of the Fischer family acted as an enforcer for an illegal deal to protect a child predator. David T.  Fischer Jr.’s family’s involvement is particularly distressing.  Prior to learning of an assault on my child, I received 5 hours of phones calls arriving every 10 minutes from a caller bragging about harming my child. Although, I contacted police of the calls and later informed the police again, as well as the county prosecutor when I learned an assault had taken place they did nothing.

Over the next several years, I learned some of the details of the assault and also learned of a secret agreement made by legal authorities in Livingston County, my former husband Samuel J. Skousen and others to conceal the assault and protect a child predator.  Part of the agreement was I was to lose all martial assets if the predator was protected.  David T. Fischer Jr.’s sister-in-law was chosen as the realtor to sell the marital home I was living in. My former husband Samuel J. Skousen put the marital home in foreclosure during a long court battle.

I was horrified to find months after my home was sold in foreclosure, Mitt Romney, during a speech in Farmington Hills, Michigan, stood in front of a banner carrying the name of a company owned by the extended family of a man whom a PPO  was taken out to protect my child.  I e-mailed Scott Romney asking who was behind this and who obtained the political contributions - Scott, or David Fischer? Scott did not respond to my e-mail.

David T.  Fischer Jr. is in a position to punish judges that do not go along with a corrupt agenda, as well as protect judges who willingly go along.  Neither the public, nor victims can have confidence in the court and judicial system when people involved in wrong doing sit on the Judicial Tenure Commission.

Appointments to the Michigan Judicial System are made by the Governor and do not need citizen, or legislators’ approval.   Governor Rick Snyder said when announcing Fischer’s appointment “David has extensive experience with the public and private sector. “His unique backgrounds will benefit the commission and citizens.” 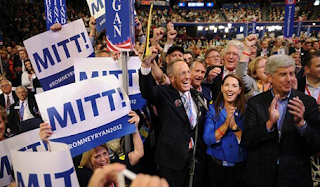 David T. Fischer Jr. is the owner of the Suburban Collection with dealerships through-out Michigan and Florida.

David T. Fischer Jr. served at the Detroit Institute of Arts along with G. Scott Romney, and is a long time Romney family friend.

Is Romney in the background stacking the deck? David T. Fischer Jr. appointed to the Michigan Judicial Tenure Commission
http://michiganmisconduct.blogspot.com/2012/07/is-romney-in-background-stacking-deck.html