Is Romney in the background stacking the deck? David T. Fischer appointed to the Michigan Judicial Tenure Commission

David T. Fischer is Chairman and Chief Executive Officer of The Suburban Collection, the 13th largest automotive group in the U.S. and one of the largest privately-held automotive groups in Michigan.   It encompasses 29 brands across 45 locations throughout Michigan, southeast Florida, and recently southern California.  The Suburban Collection also operates state-of-the-art collision centers throughout Michigan.  Mr. Fischer has been honored with the Time Magazine Quality Dealer Award, the General Motors Dealer of the Year Award, and Ford Motor Company’s “Salute to Dealers” award for automotive excellence and community service.

Mr. Fischer serves as Chairman Emeritus of the North American International Auto Show.  He also serves on the Board of Trustees for the College for Creative Studies and has chaired the Campaign Committee supporting the renovation of the historic Argonaut building as part of the CCS campus.  Mr. Fischer received an Honorary Doctorate in Fine Art from CCS as well.

David Fischer was recently elected Emeritus Director of the Detroit Institute of Arts, and also supports the Detroit Symphony and the Museum of Contemporary Art Detroit.  Mr. Fischer and his wife Jennifer actively support more than 20 charitable organizations including the American Cancer Society, the Juvenile Diabetes Research Foundation, Make-A-Wish and Forgotten Harvest. The Suburban Collection, under David Fischer’s leadership, has been a flagship sponsor of “Making Strides against Breast Cancer” and for the past ten years has been a sponsor of the “Teacher of the Year” program.   In 2010 The Suburban Collection joined Ford in the launch of Ford Mobile Food Pantries, an initiative to bring food to those in need throughout metro Detroit.  The initiative also serves as a pilot for a national dealer program to feed the hungry. *

*As provided by Commissioners 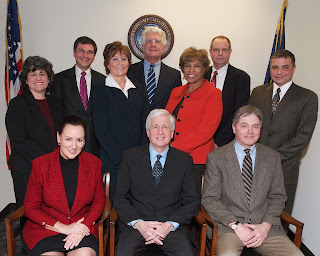 Not provided by the Commissioners   -----

David T. Fischer’s sister-in-law, Julie, was brought in to oversee the sale of my foreclosed on home.  Foreclosed on against a court judgment.  Steven Jentzen when he left court the last time I saw him,his car had a frame holding his license plate which read " Fischer Honda". Fischer Honda,is owned by Richard Fischer, David T. Fischer's brother, and former husband to Julie Fischer.Julie Fischer was put in charge of selling my home Samuel J. Skousen (my ex-husband) put into foreclosure.

David T. Fischer is also the main money bundler for the Mitt Romney campaign for 2012. Fischer also held the same position during Mitts 2008 run and introduced Mitt Romney at Ford Field during Romney’s speech to the Detroit Economic club.  Mitt is a strong Snyder supporter.

Repeat of two earlier posts from the Real Mitt Romney the Weather-Vane Candidate.

Romney Involvement in Abuse of Woman and Children?

Missing court record calls into question the Romney families role. Court record carrying the Romney family name mysteriously ended up missing out of Livingston County Courts. Poof! - gone! Clerks searched high and low when questioned about the missing record, but it was gone - not to be found.

The lack of ethics and conscience by the Livingston County court and their entanglement with Livingston county leadership and political friendships endangers the safety of families and their children, putting in peril the personal welfare of anyone who falls under their shadow. This has not only harmed us, but threatens all of the counties citizens and can have an impact on our nation.

UPDATE: “When your own kids are your collateral damage, it’s time to hang it up-Satan has destroyed your soul.” – Roseanne Barr

Mitt Romney gave an exclusive to Steve Garagiola, the husband of Judge Carol Hackett Garagiola during the time she was handling my case. Steve is a Detroit Channel Four newscaster. Judge Garagiola stated in court, she didn’t care if she left my son and I homeless.

2/29/2012: In a private conversation between myself and Julie Fischer today, Julie stated she had no knowledge of David T. Fischer being the Michigan bundler for Mitt Romney, even though Julie admitted to having a congenial relationship with Richard Fischer. Julie went on to state her son by Richard Fischer is working for his father.

One would think Julie would be aware of the Romney/ Fischer alliance and of her son’s Uncle playing such an important role in the Romney campaign. David Fisher gave the introduction to presidential hopeful Mittens Romney in Detroit last week at Ford Field.

It’s a bed of rose thorns Fischer and Romney are making for themselves. Do the Fischer’s and the Romney family really feel the truth will not come out?


Mitt has demanded an apology from Obama. Mitt earlier demanded a retraction from Washington Post … even if Romney said himself he believes in ‘No Apology”.   Mitt must have adapted the slogan, “Love means you never have to say you’re sorry from “Love Story” back in Mitt’s youngest hay-day.   Of course, I am not sure how long love can last without there ever being an apology.  The Romney family however, has steadfastly stood behind this motto of no apology, well… even since before “Love Story” and NEVER believed in an apology, acknowledging a wrong-doing, or letting a victim of theirs off the hook.  No, there is never any mercy shown by the Romney’s, it is always total destruction.

Romney spins, and back-pedaling are now taking on new heights, this one having to do with Mitt’s SEC filings and the date Romney claimed he left Bain Capital for the blue skies of Utah and corruption in the Salt Lake City Olympics.  If one remembers, there were a lot of lies told and underhanded dealings that brought about a corruption probe into the Mormon Salt Lake City Olympics.   I say Mormon, because the Mormon Church had its hands in the corruption hot and heavy, with scholarship to Mormon Church owned Brigham Young University and insurance policies to Mormon Church owned insurance companies.

Mitt was brought in by Gordon B. Hinckley, a Mormon General Church authority in Salt Lake City.   Mitt Romney’s sister was married to Hinckley’s nephew – nothing like family connections getting one appointed to a position.

“He (Romney) took a leave of absence and, in fact, Candy, he ended up not going back at all and retired retroactively to February of 1999 as a result,” Gillespie said.

“The timing of Romney’s departure from Bain has emerged as an issue for the former Massachusetts governor because he says he had no involvement in the private-equity firm’s investments after he left in 1999. The Obama campaign has hammered Romney in ads over layoffs that took place after 1999 at companies controlled by Bain.”

Retroactively retired?  What is that?

It is obvious Mitt has taken the advice of his long time mentor Gordon B.  Hinckley when Hinckley responded in an interview on 60 minutes regarding blacks not being able to become priests in the Mormon Church, “don’t worry about those little fits of history.”  When if one repeats a lie enough they can always hope people will begin to believe the lie.  Soon Mitt will be saying “You presume to criticize the great Oz?   –  Keep hoping Romney.    And we are not done yet with the reasons behind the Mother’s Day protest outside the Mormon Church Northville Ward either.
Posted by Debbie (McCord) Skousen at 7:06 PM 1 comment: