John H. Meier and I have had several communications since his initial comment on my blog piece on Robert Gay and Mitt Romney.  Link to post below –

Mr. Meier has recently been contacted by the Canadian Government informing him U.S. Officials have requested an interview with Mr. Meier regarding his knowledge of the Gay’s, Howard Hughes and Hughes Medical in regards to Bain Capital.

Robert Gay is the son of William Gay. William Gay was part of a coup that took control of the Hughes Corporation.  Robert’s uncle is, Dr. Wilbur Thain the brother-in-law of William Gay, one of Howard Hughes last physicians who kept Howard Hughes drugged the last years of Howard Hughes life. Thain was from Logan, Utah and brought in to supply drugs to Hughes, which he did until Hughes' death.  Thain was later indicted by a federal grand jury on federal drug conspiracy charges

Robert Gay is a former Bain Capital partner of Mitt Romney’s. It has been reported that the Gay’s stole billions of dollars from Hughes Medical and some of the stolen funds were pumped into Bain Capital in the form of derivatives.

I have appreciated the time Mr. Meier has spent in communication with me.  I understand my former husband, Samuel Skousen,  is sending out disparaging e-mails and making negative statements about me in an attempt to discredit.  This has been a difficult and painful journey for me, not only with the intense force used in attempts to discredit, but the abuses suffered as attempts were made to cover-up. Some people came into our lives feeling ‘victims’ was emblazed on us and took full advantage of our plight,  often adding further harassment, in their efforts to exploit our family’s  peril for themselves. Mr. Meier understands the type of harassment we have faced. 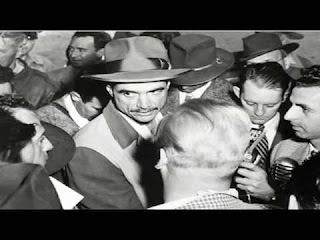 Meier has been an advisor to several U.S. Senators including Senators Hubert Humphrey and Robert F. Kennedy. He has acted as a consultant to President Joaquín Balaguer of the Dominican Republic and was a credentialed diplomat of Tonga.[citation needed]

He was a former Governor of the Bank of the South Pacific and has had managerial and executive positions with the New York Life Insurance Company, Remington Rand, Hughes Aircraft Company, Hughes Tool Company, and has served as Chairman of Satellite Geophysics Ltd.

Meier served on Nevada's gaming Industry Task Force, has been VP of the Nevada Taxpayers Association, and was a Special Assistant to Governor Paul Laxalt. He has also served as a Director for the International Eye Foundation, and was a member of the Board of Advisors for the New York Manhattan Tribune Newspaper.

Meier was also Vice President of the Las Vegas Chamber of Commerce.
A former American Legion Chaplain and U.S. Army Veteran of the Korean War, Mr. Meier has also served in the US Marine Corps Reserve.
Posted by Debbie (McCord) Skousen at 10:01 PM 1 comment:

Jeenyus kindly up loaded the interview on to You Tube for easier listening. (above)
Or one can go to his radio show link located below -


"I never saw." "I never read." "I did not read", Mr. Eidt denied, stammering over his words as he nervously attempted to deflect .  On, and on and on Eidt denied sounding  like someone testifying  in a corruption probe that did not want to be caught in a web of deception.

The abuses were exacerbated when the people who run the  Ex-Mormon forums and  board teamed up with active Mormons, some close friends with  Jan and Sam Skousen family,  harassed, throwing the” kitchen sink” in with name calling, defamation and  assisting in discrediting. All the while mocking and laughing about the abuses they felt justified in doing

Posted by Debbie (McCord) Skousen at 11:10 PM No comments:


Romney’s criminal syndicate frightens single mothers and their  children at the night time?  I think so.   Romney a serial criminal?  It feels to me  Romney’s entire family are.

“Judge David Carter granted a motion to dismiss by the RNC in the "Lawyers for Ron Paul" lawsuit.

I contacted the attorney for the plaintiff's, Richard Gilbert, and he has kindly agreed to come on the show tonight to discuss what this means, and what the plan is in moving forward.”

Interview at Jeenyus Corner with Richard Gilbert on lawsuit and Romney's criminal actions at link below:

Posted by Debbie (McCord) Skousen at 5:06 AM No comments:

"Never seen in this country before?"   I have seen it.  I have seen it in Livingston County, Michigan long before Romney ran for president. I have seen it within the Mormon Community, even from   people in the Ex-Mormon community joining in, and felt the levels of abuse they are willing to pour out onto another without  a thread of conscience, and both sharing equal relish in mocking victims.

Harassment, intimidation, mocking, break-ins, lies, mobbing, threats, abuse, corruption, I have seen it all and also felt the loss from the intense abuse inflicted.  Is Romney the crime boss of a criminal syndicate?  It feels that way.
Posted by Debbie (McCord) Skousen at 10:31 PM 10 comments: